Seven members of the AHN Speech and Debate team travelled with their coach, Jaime Meyer, to Washington D.C. over Memorial Day weekend to compete in the 2018 National Tournament of the National Catholic Forensic League (NCFL). Sophia C. (A’21) and Mei L. (A’20) competed in Declamation. Audrey G. (A’19) and Isabella S. (A’20) were a Duo Interpretation team. Megan D. (A’19) Kelsey B. (A’19) and Chloe M. (A’20) each competed in Oral Interpretation.

On Sunday, Mei L. advanced to Octo-Finals. Of the 232 students from across the nation competing in Declamation, she placed in the top 48. On June 17th-22nd, Hira K. (’19) will compete at Nationals for the National Speech and Debate Association (NSDA) in Domestic Extemporaneous Speaking. Good Luck, Hira! 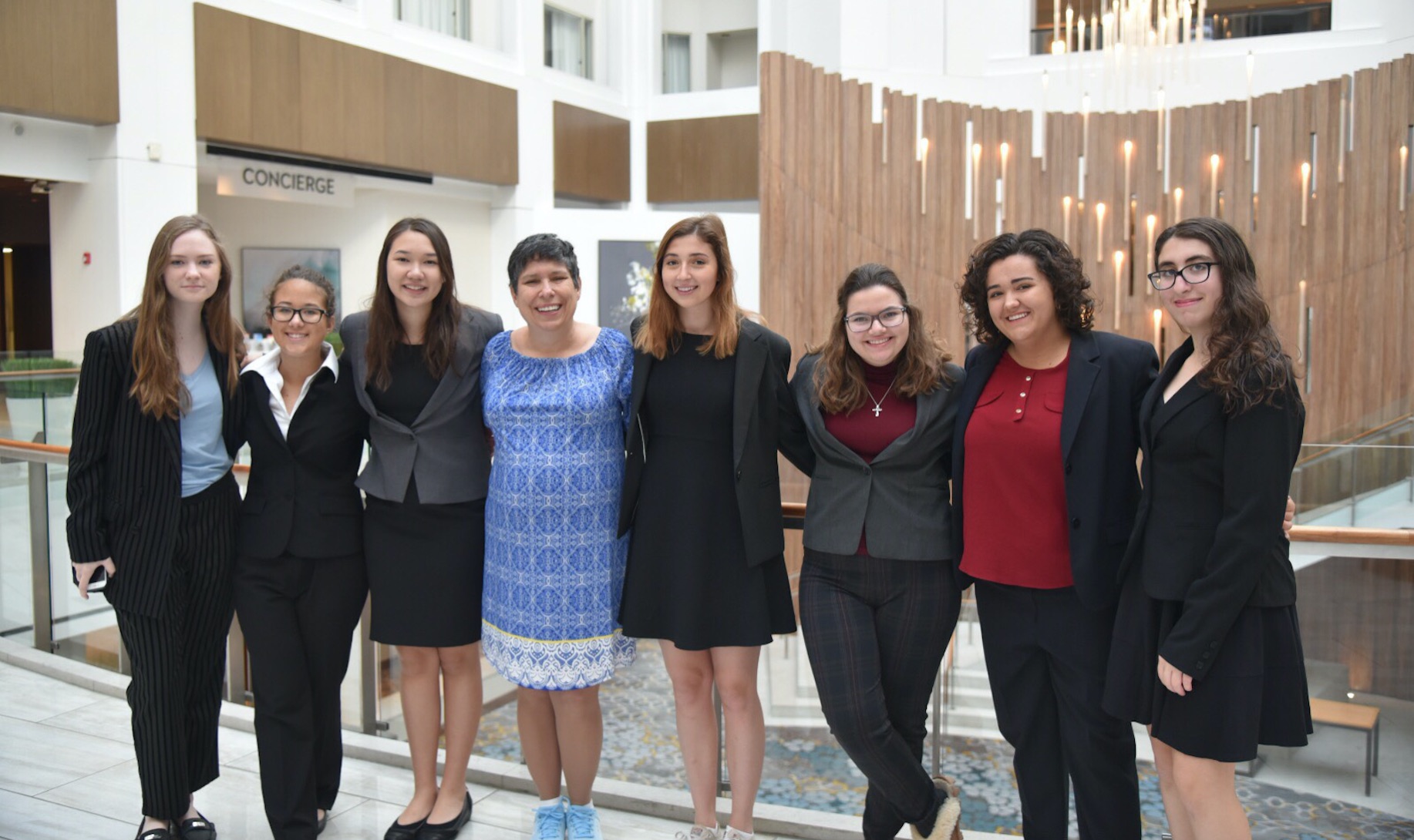