It's been a big week for robotics at the Academy! The FRC Robotics Team did an outstanding job at Worlds, making it to the Quarterfinals in the Newton Division. More than 400 teams competed in six divisions. The Championships took over the entire George R. Brown Convention center in Houston and the final matches and closing ceremonies were held in Minute Maid Park where the Houston Astros play. It was a terrific experience for our girls and they showed tremendous leadership throughout the entire competition. Congratulations to Madison R., Colleen D., Gabby C., Maria H. and Priscilla S.!

At yesterday's convocation, the seniors involved in both the FRC and FTC Robotics Teams were recognized for their hard work and dedication throughout their four years at the Academy. Congratulations to Chloe G., Christina A., Yasmina D., and Priscilla S.! 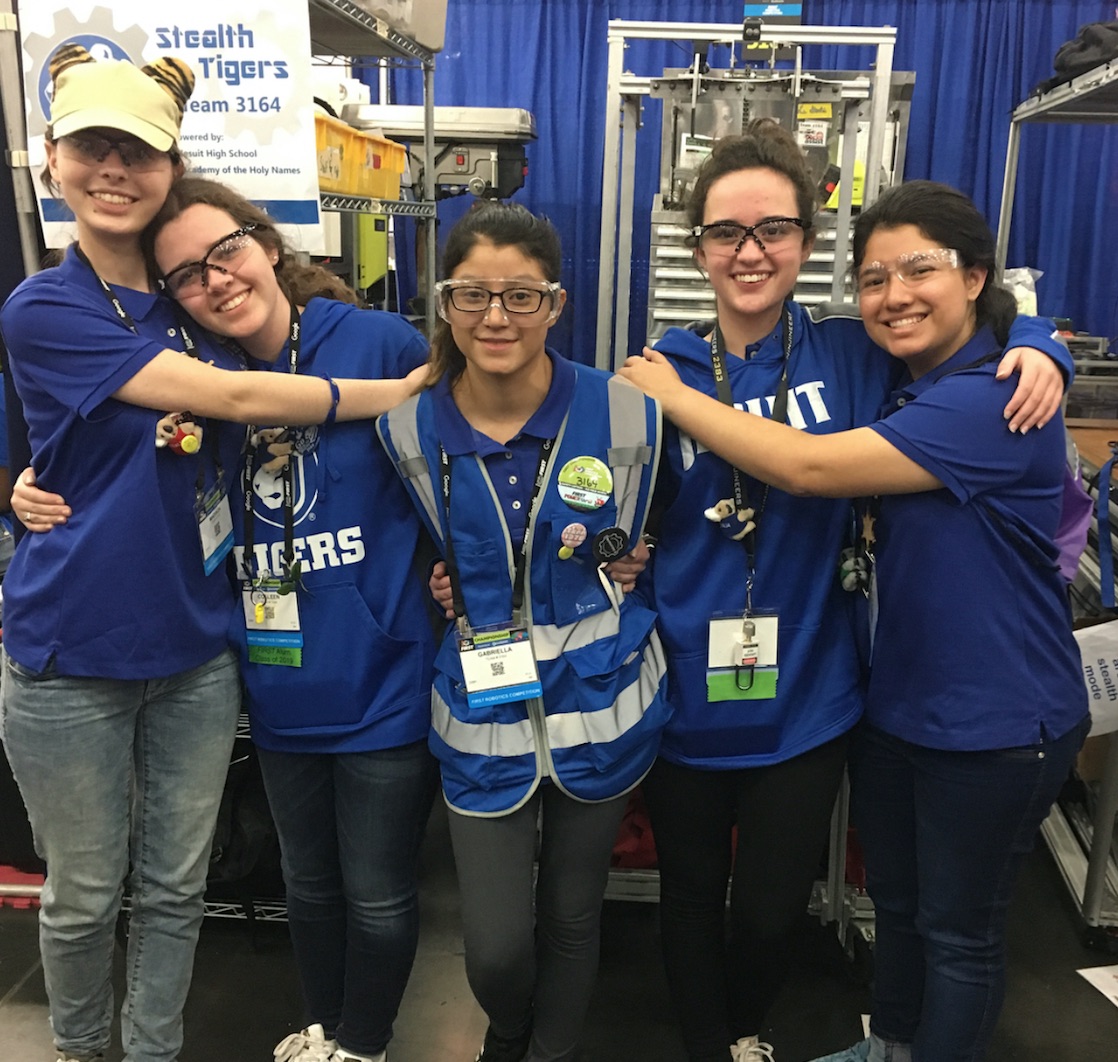