Class of 2019 Takes Pledge To Be Positive Leaders

"On August 24th, the Class of 2019 attended their Senior Day of Recollection. There, the senior class created pledges to be positive leaders to the underclassmen. Split up into groups, the seniors tackled each of their pledges with the intention to live out their promises throughout their final year at the Academy and moving forward. The pledges regard 10 different areas of high school life: spirituality, academics, socially, extra-curricular activities, family, leadership, service, activism, representation, and holiness. The pledges the senior class wrote at their Day of Recollection can be found on the second floor.

Rebekah E. A‘19 says, “My group’s pledge was about academics, and we promised to form better relationships with our teachers and continue working hard for the rest of the year. I think this is important because seniors tend to think senior year is over before it is, and you need to keep working hard.” 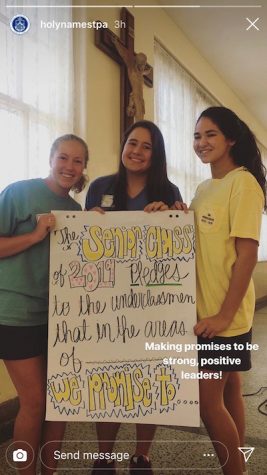 Since the class plans to live out these pledges, Performing Arts teacher Vivian Kimbler introduced an idea to the seniors to keep them accountable for their actions throughout the 2018-2019 school year: one senior per day will reveal how they lived out their pledge to the underclassmen while representing leadership qualities that day.  Kimbler films the seniors in alphabetical order, and the video is sent out in an e-blast the following day to all high school students. By sending out these videos to all of the students, the pledges encourage members of the high school, regardless of grade level, to participate in enduring these words of honor.

For the first week, Kimbler decided that the seniors would discuss embracing these positive leadership qualities through extracurriculars due to the fact that the week started out with two convocation meetings regarding club information and sign-ups for the 2018-2019 school year.

“We create these pledges at the beginning of the year, but they gradually become something that is just written on the wall that we do not really remember to follow, so I think we will all be held accountable for being ambassadors for the pledges through the videos,” says Lauren D. A‘19.

Dorothy P. A‘20 says, “I think it is a good idea, but the interest really depends on the topic and whether their audience finds it relatable.”

Kimbler decided that every senior should be a part of this effort of demonstration of positive influence because it offers a fresh face every day with something new to say about how they are impacting the AHN community. The two minutes the seniors are offering that comes out of their personal time after school also gives the underclassmen a familiar face, which is a beneficial outcome of this project.

Sam D. A‘21 states, “I think the seniors are putting in a lot of effort to get close to the underclassmen, and I believe they will keep their pledges because this senior class is really good.” 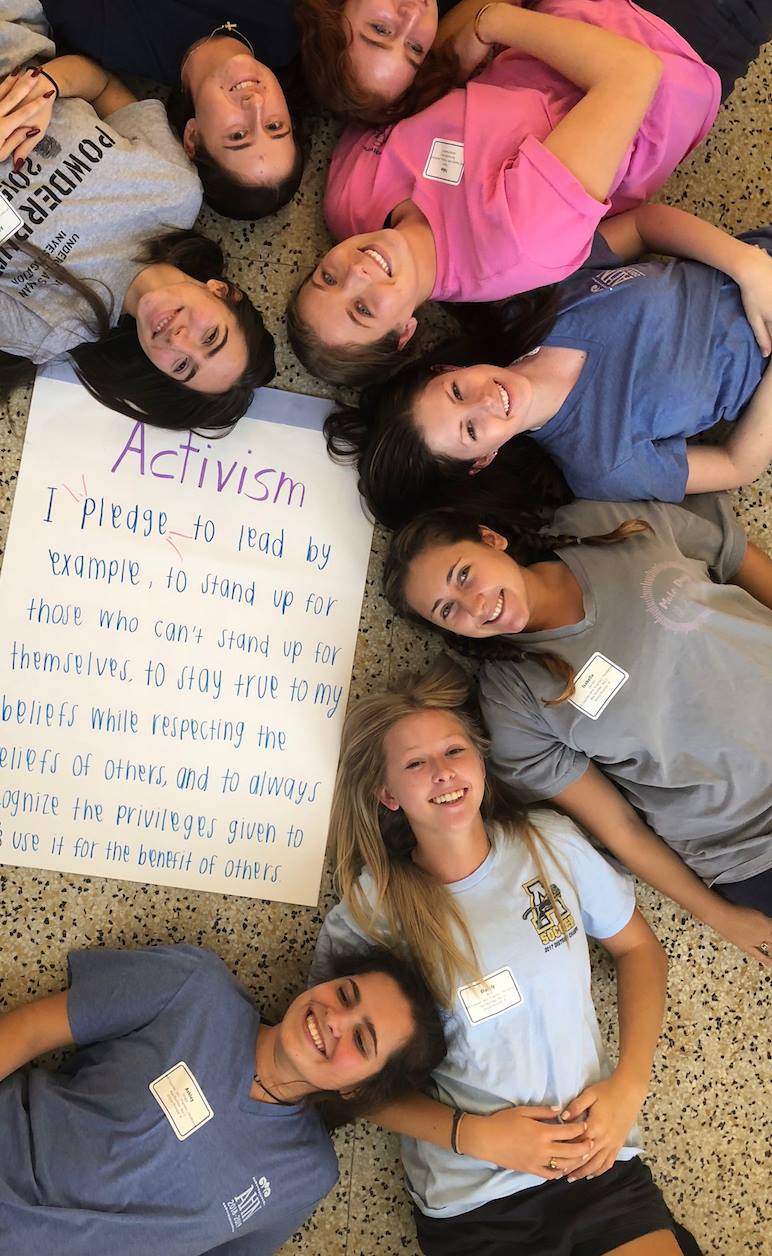 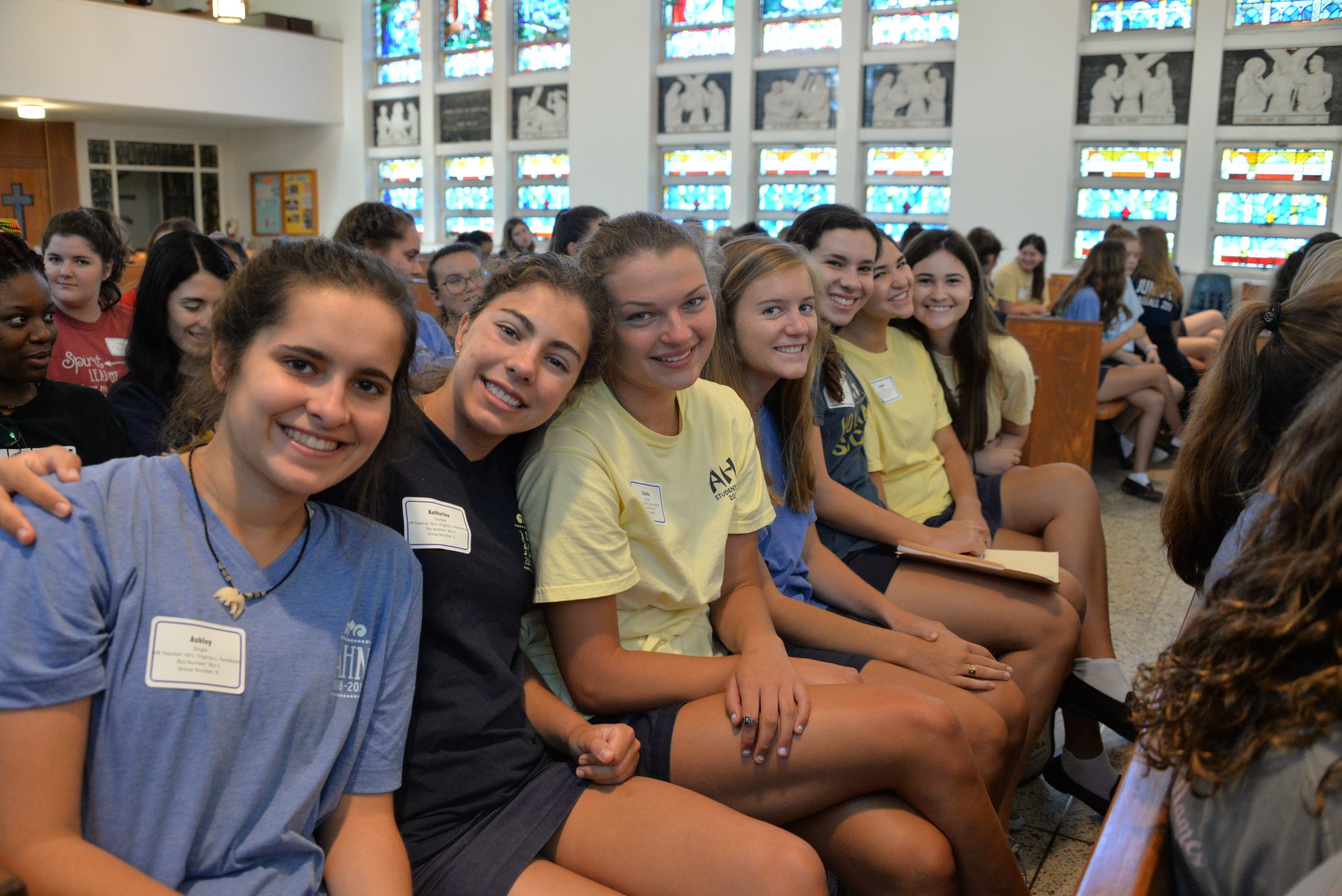 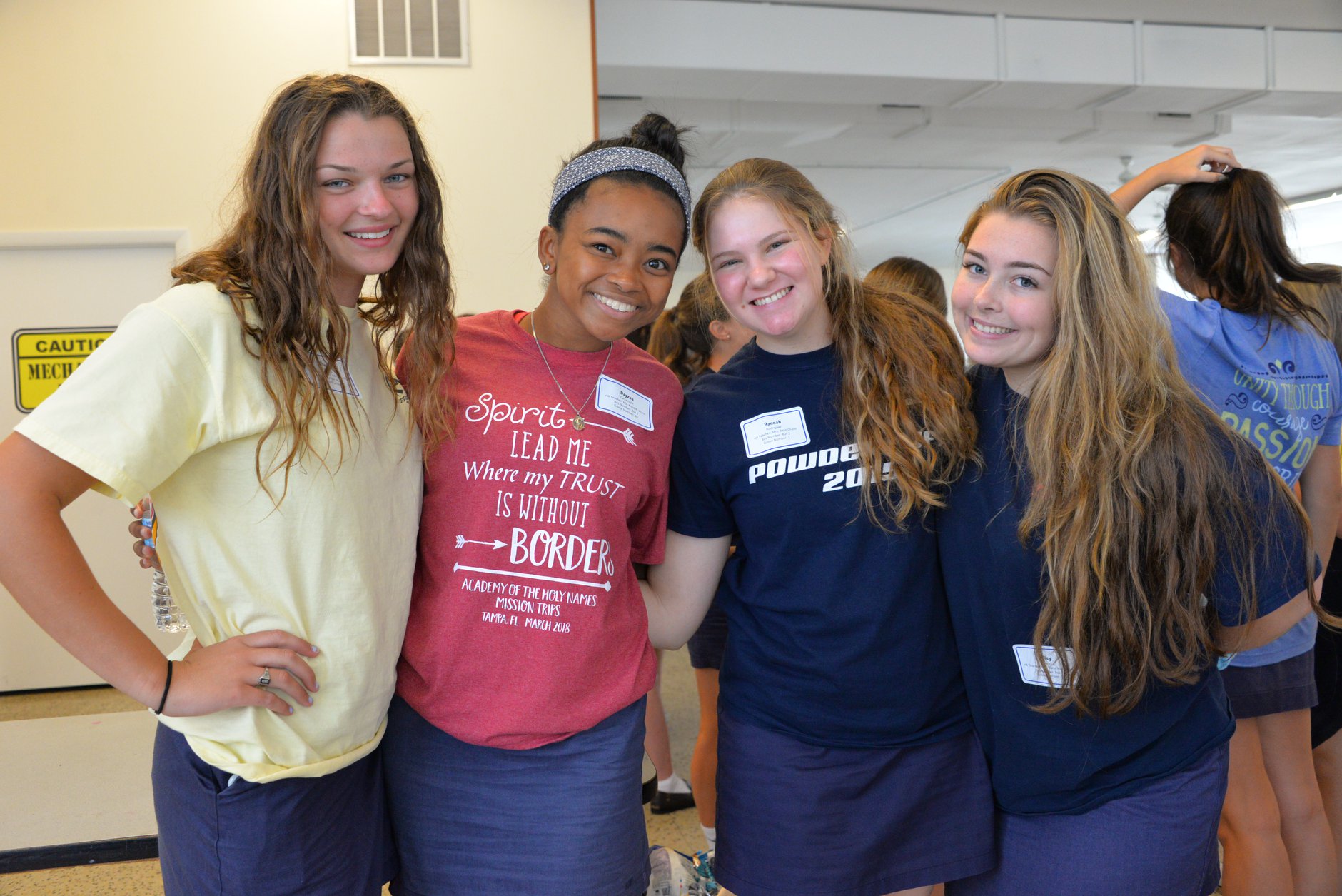