After the 40-minute drive, Macy McConnie, Emily Anderson, Katherine Nitchals, Kayla Eckermann, Chloe Glaum, and Sara Phillips arrived at the sprawling complex. Since the building is a secure facility, the students had to verify their ID’s with the guard to be allowed entry. Quire encouraged the students to leave their phones in the car, since Lockheed Martin does not allow any form of photography inside the building.

The day began with an introduction of the women working for Lockheed Martin; many graduated with a degree in Industrial Engineering from the University of South Florida.

“It was surprising to me that so many of the women were from USF, but it’s nice that they hire local,” Chloe Glaum (‘18) said.

Then, the students went on an hour-long tour of the facility. Lockheed Martin’s building is more than 200,000 square feet and employs more than 600 people. The students saw fiber optic wires being assembled, 3D printers, and circuit boards being built that will eventually guide bombs.

“The tour was long but it was interesting. It seemed like everything in the building was white and it was really loud,” Kayla Eckermann (‘18) said.

After lunch, the students attended a panel where female Lockheed Martin employees talked about their experiences working in the male-dominated field of engineering.

One employee said it took time to gain the confidence to share her ideas in meetings where she was the only woman. She reminded herself that her engineering degree was the same as everyone else’s and her ideas were just as important.

Finally, the highly anticipated engineering-themed Jeopardy game began. Academy students have a history of success in the game, and this year was no different.

“My strategy was to press the buzzer before [the announcer] finished asking the question, which did not work. I’m glad the team still pulled through,” Katherine Nitchals (‘18) said.

-Sara Philips (A'18), Editor-in-Chief of Achona 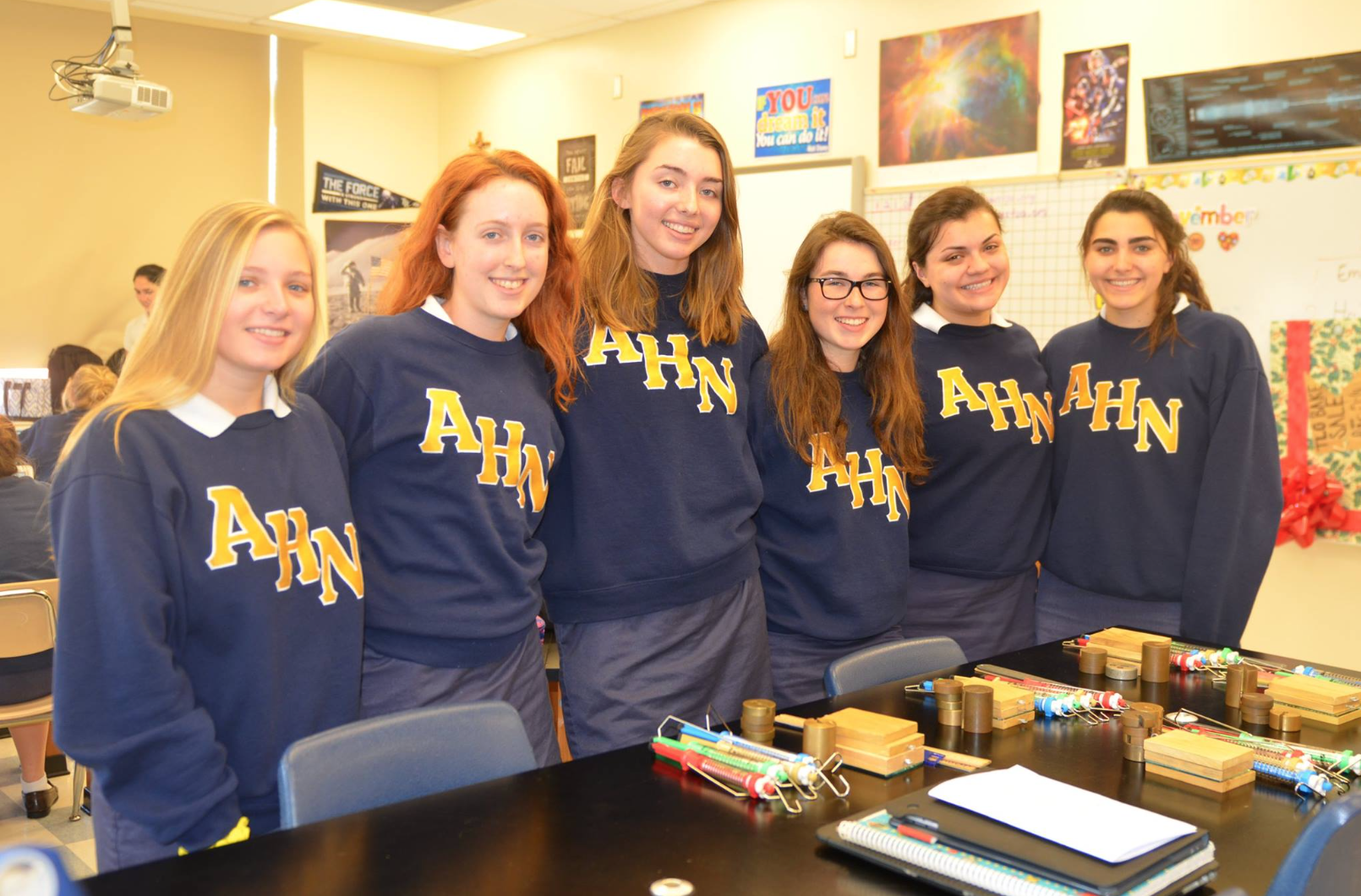