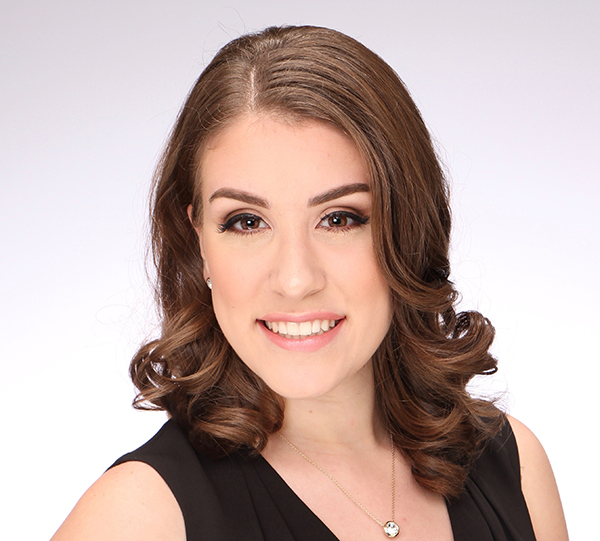 Rachel Tata (A’17) was selected for the 2017 Performance Series at Carnegie Hall, taking the stage with the Women’s Choir. Participation in one of the honors ensembles is limited to the highest ranked high school performers across North America and a select number of international schools. The series challenges elite students to perform at their best. Tata rehearsed and performed under master conductors and performed before representatives from collegiate and professional music programs. This opportunity enabled Tata to expand her performance résumé and not only work but interact with the best vocal students from across the world.

The Carnegie Hall process started last June when Tata auditioned for the Honors Performance Series. Upon careful review, she was selected as a participant by the Honors Selection Board. Acceptance into this elite group is a direct result of the talent, dedication and achievement demonstrated in her application and audition recording. More than 18,000 nominations were processed, and only 750 student performers were selected.

Tata traveled to New York in February and spent four days with renowned conductor Tim Seeling, working on dynamics, volume and collaboration in a choir setting. After many long rehearsals, Tata took to one of the biggest stages in music. “I was more excited and eager to get up there and sing, as opposed to being nervous or scared, because I was comfortable and confident with what I was singing. I knew that 140 girls had my back, we all knew what we were doing, and we had an amazing conductor that was there to help us every step of the way,” Tata said.

At the Academy, Tata participated in the Theatre Club and was a member of Theatre Troupe #8046. During her senior year, she earned Superior rating in her solo, small group and large group performances at the Florida Thespian District 9 I.E. Festival, which advanced her to the state competition. She also performed for AHN as a member of the Quarter Notes, Jaguarettes and a variety of theatre productions. Tata stated, “I never had to hide what I loved to do [performing] or who I was during my time at Academy because I always felt accepted and acknowledged for my hard work. I could always be myself, and that really pushed me to go for my dreams and try to get into a musical theatre program that would prepare me to perform as a career.”

Tata will continue pursuing her passion for musical theatre this fall, attending The Boston Conservatory at Berklee. She is majoring in musical theatre and will concentrate on acting, speech, voice, movement, theatre history and more. She stated, “I want to be able to work on amazing projects with inspiring people and coworkers in the industry who I can learn from and engage with. I want to keep telling stories through performance and find and connect with characters and audiences.”

The Academy's current plan is to return to school Friday, May 1. Given the rapidly changing nature of the closures, we are evaluating alternate plans for end-of-year events for our 8th-graders and seniors. Please know we will do everything we can to make these milestone celebrations happen. Should the need arise, we will finalize plans at the return from Spring Break. All events during this time are cancelled.

For coronavirus updates and information, please refer to holynamestpa.org/coronavirus.